My brother in-law asked me to hold onto his old truck, as it probably wouldn't make the move to California. It looked to be in decent shape but the carburetor was completely “gunked up” and full of dust (it had a leaking filter box). I have always had a soft spot for old Toyota's, so I decided to buy it from my brother-in-law, so he could get something newer. A deal was struck for $500, and little did I know, that was just the beginning.

For simplicity sake, I ordered a Weber 32/36 Carb kit , which was night and day difference. The A/C even turned on and blew cold (once it would idle above 500 RPM). As I began driving my truck everyday, I realized I wanted a 76’ Celica, however I could never sell my Hilux because it was so reliable. At this point, I wanted more power out of it, with a bit of that "Sporty Feel" the Celica's had. I decided to build my own Celica Truck, and after a few years it became the “Celitruck”. An early 80's Celica 22r (with an LC Engineering camshaft and adjustable cam gear) that was mated to a W58- that I pulled from an 86’ Supra. I used ARP bolts, an Exedy clutch, and a Fidanza aluminum flywheel to "wake it up" with that new camshaft. I also did a fuel injection conversion using the EFI components from a 93’ pickup.

To give the truck a more aggressive stance, I lowered it 3”, installed ADDCO sway bars, and is sitting on some Starion rims, which all come to a stop with upgraded 4-Piston brakes. I had to pull the fenders to clearance them for the tires, but the results speak for themselves. This is also the original paint as well, and it's amazing how well it buffed up after a week of elbow grease. A friend of mine reworked my seats and made new door cards, however we have not yet found the time for the carpet.

Currently, I’m building a turbo kit, and will definitely be back for some pistons and rods. I keep forgetting everything that I have done to it, but that is the short version. If any of you are familiar with Kingman, this truck started its life as a "parts getter" for our local Toyota/Fiat dealer "Rucker Toyota Fiat" back in 1976. 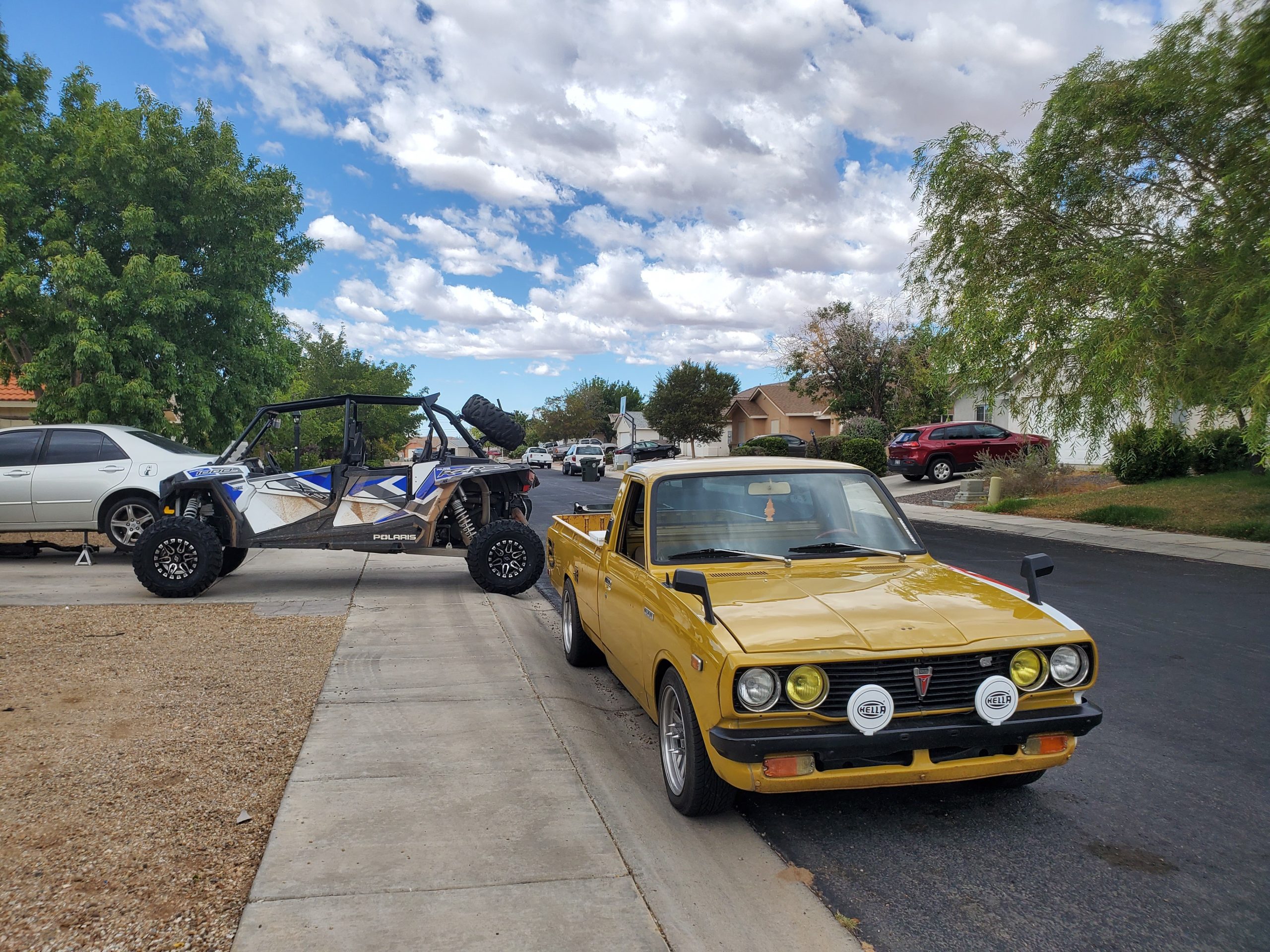 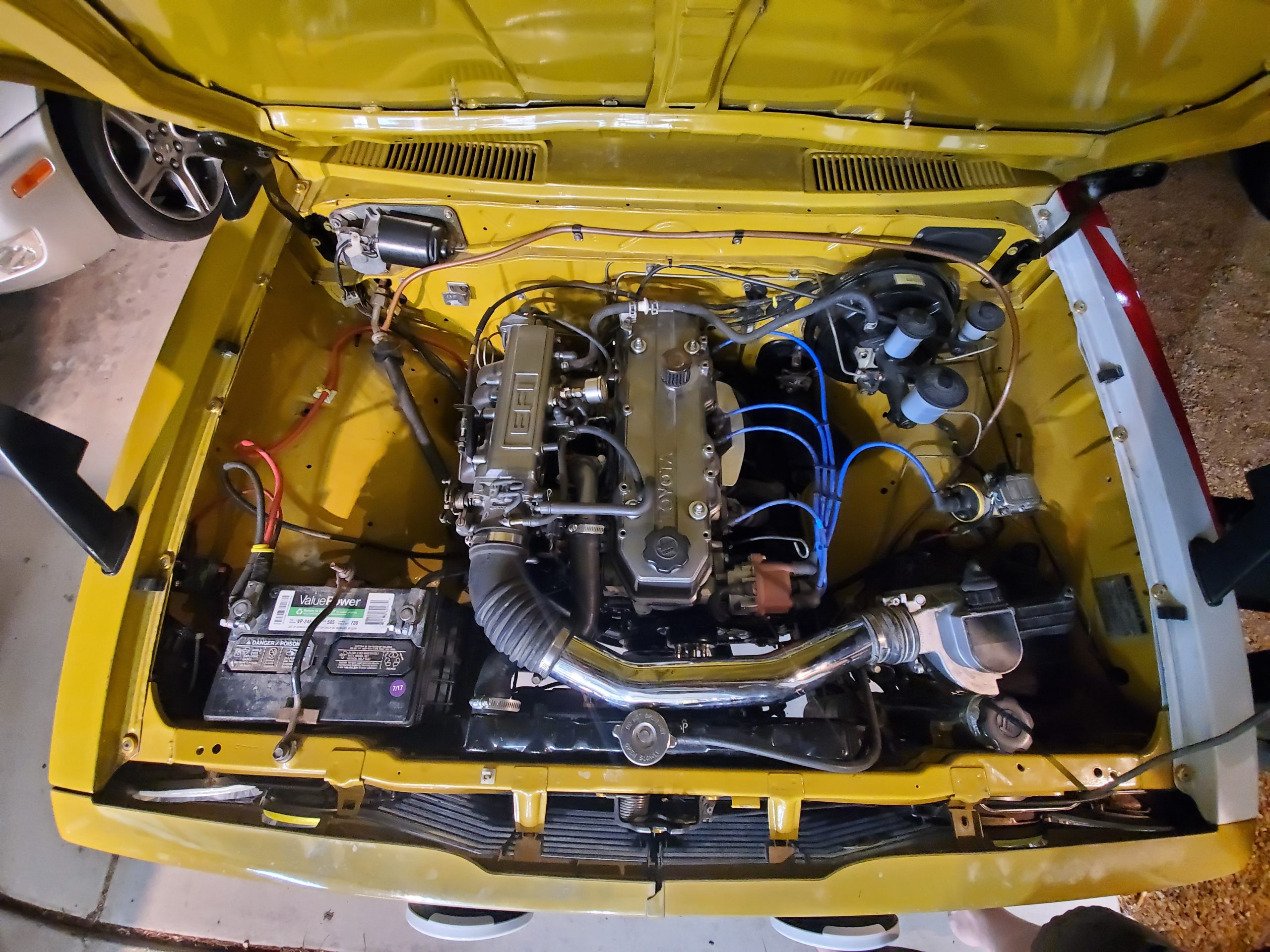