We have Eric with his 1985 Xtra Cab short bed and he has one message "Mini Trucks are back!", we wouldn't argue considering a lot of the stuff we've been seeing! Eric started with just some minor changes back in the day, but decided to go full on show truck in the early 90's. It was sent to Roger Plant for some subtle body mods, and then spent 3 years imprisoned at the painter's getting its highly detailed paint job. Once it came back he had his friend Danny D dress up the interior and the hydraulic bed was built by Dinky Ortiz. Moving this sculpture is a massaged, side-drafted 22R! 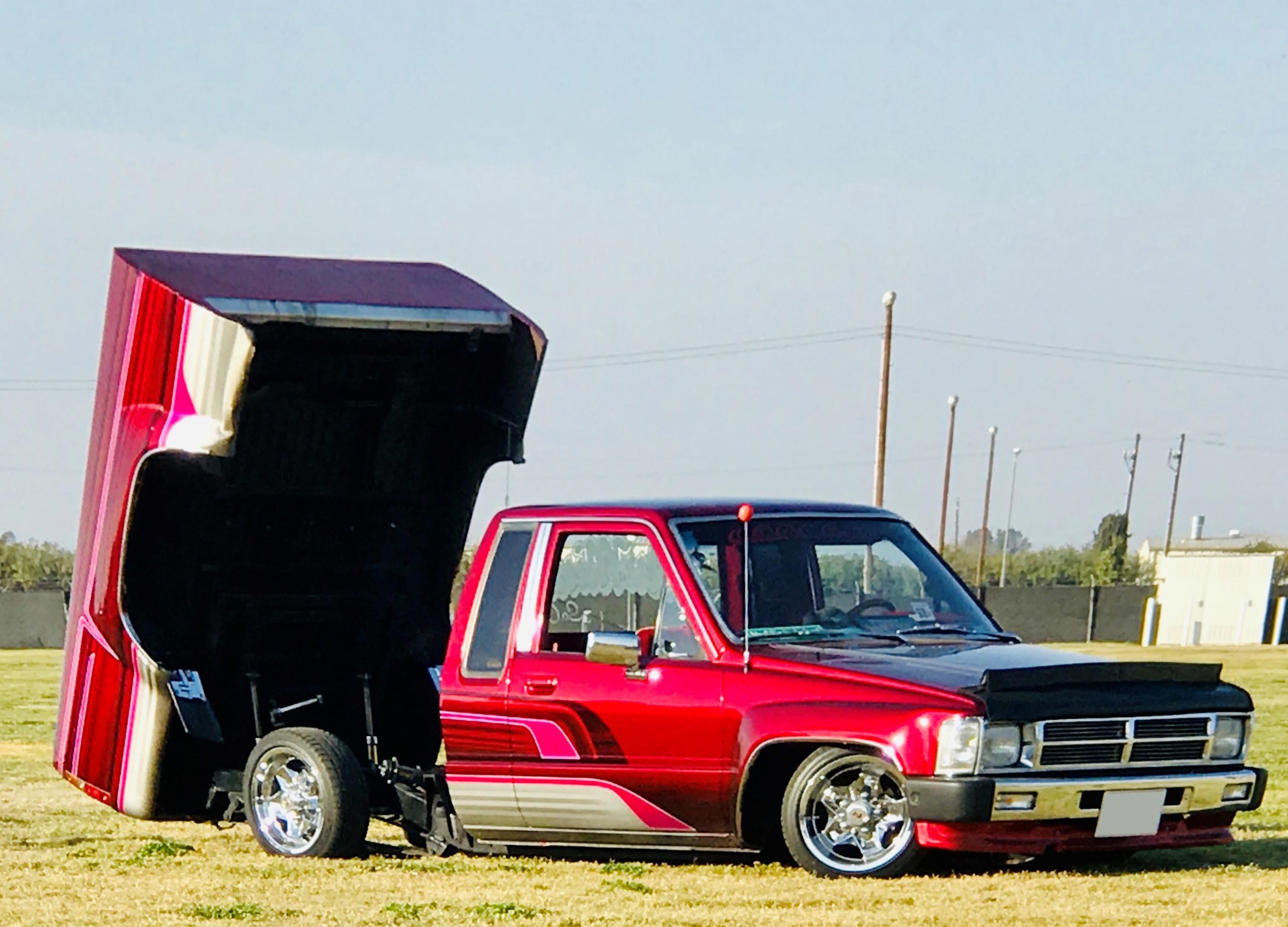 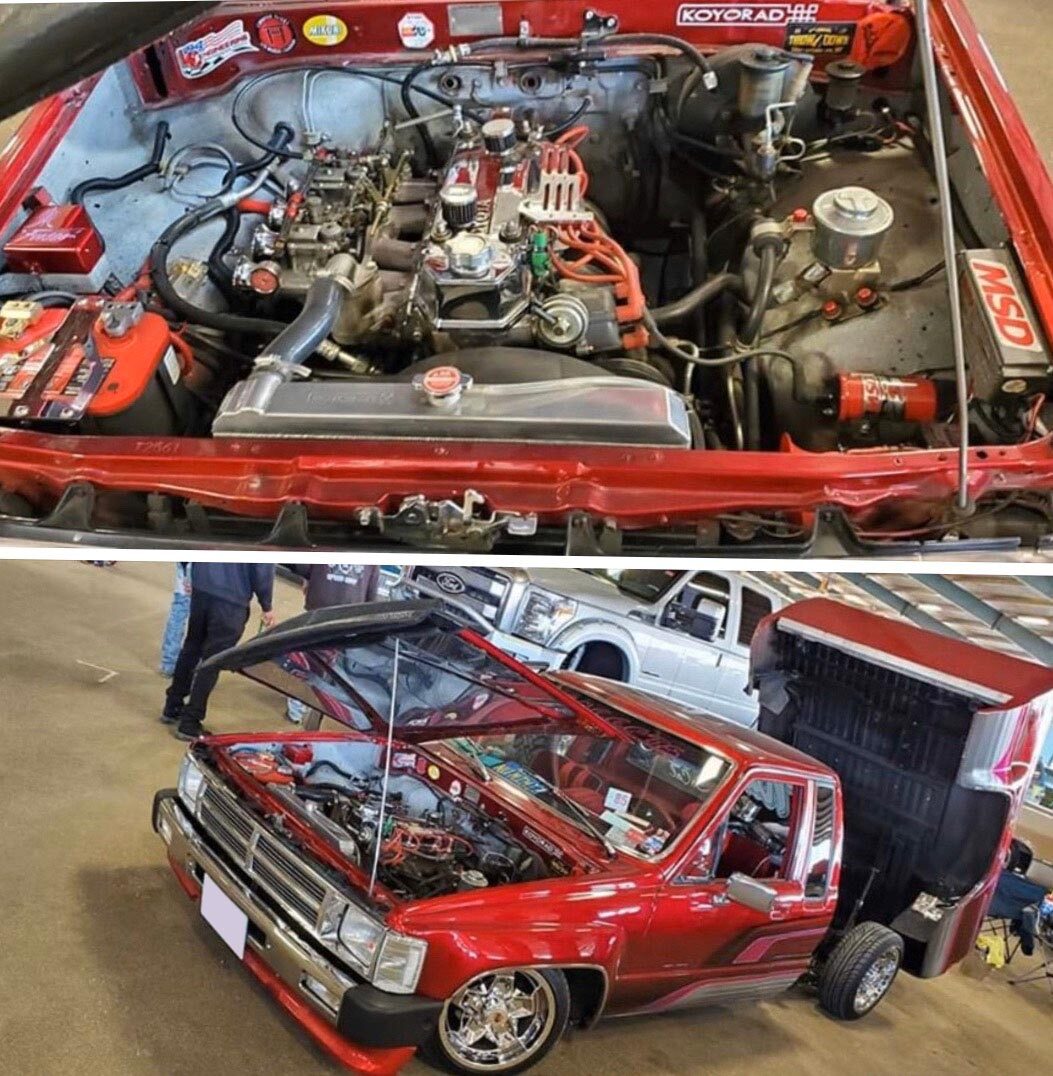 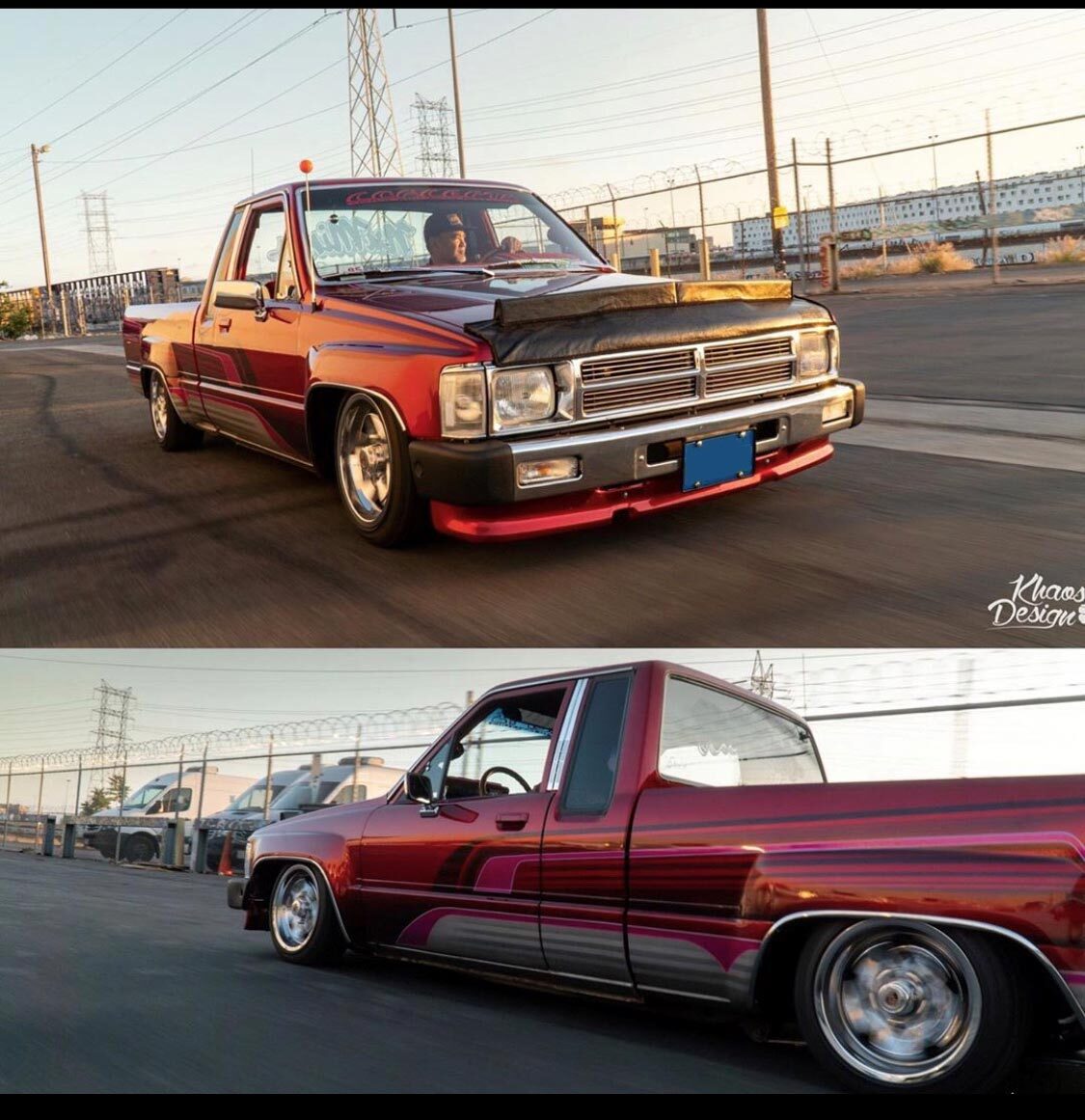 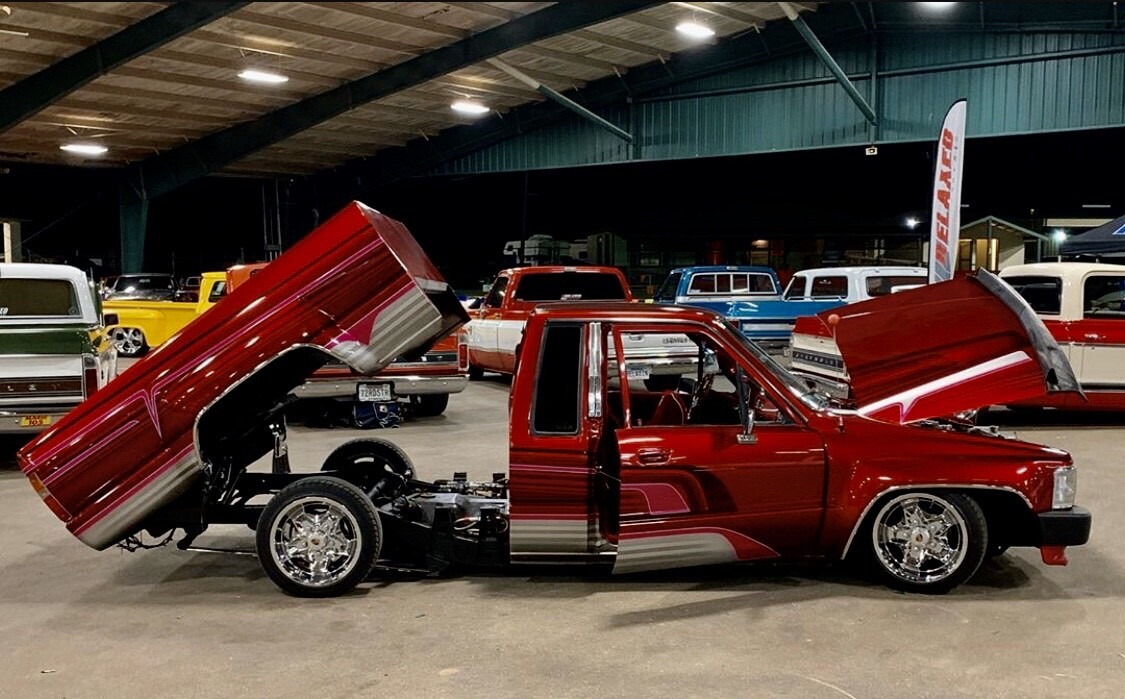 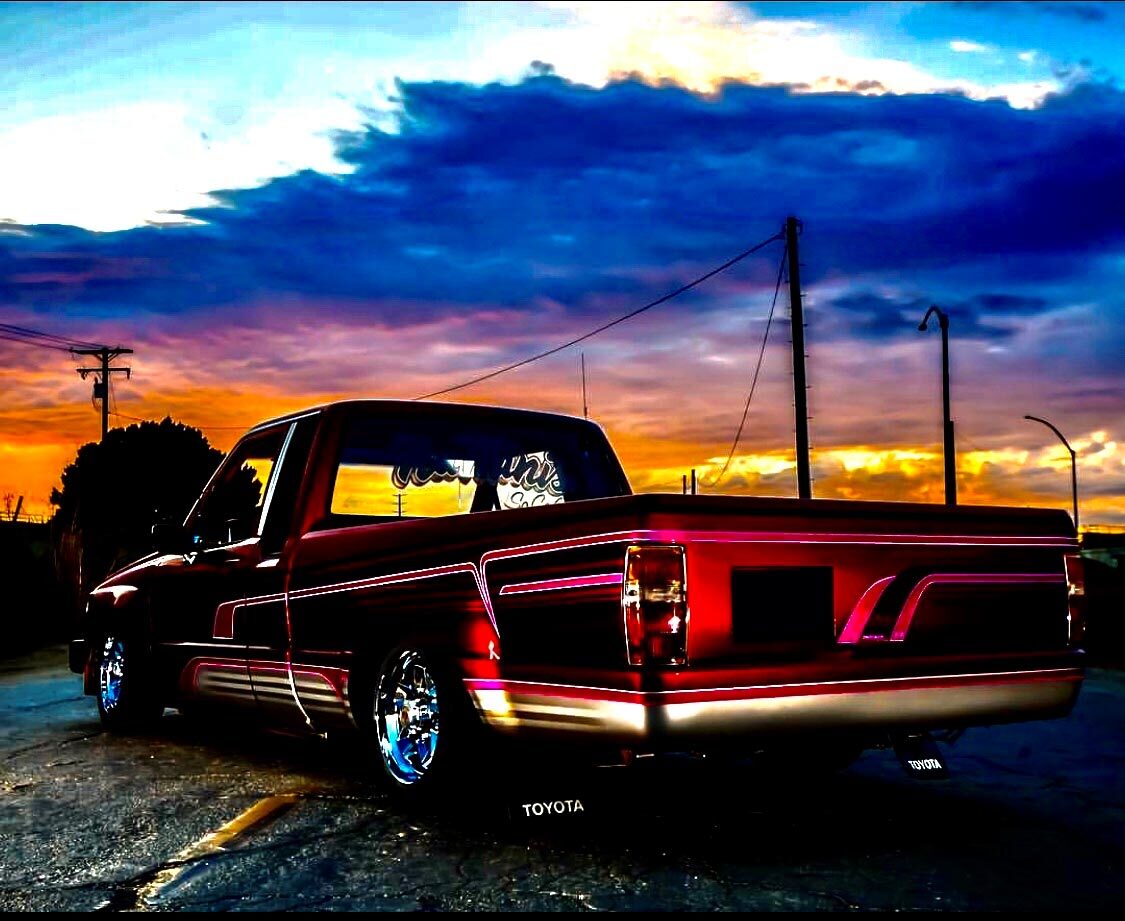