While some small single-cylinder engines have only one main bearing, designed to deal with the bending moment exerted by the crank as a result of the force from the connecting rod, most engines have at least two main bearings, one at each end of the crank shaft and may have as many as one more than the number of crank pins. Increasing the number of bearings in an engine will generally increase the size and cost of the engine, but also provides stability to the crankshaft, which would otherwise have to endure greater bending moments from having the crank pin further from a bearing. The combination of bearing number and crankshaft design can also have an effect on engine balance; a more stable crankshaft will better avoid unbalance from flexing, but increasing the crankshaft length or girth to accommodate an additional bearing increases the rotational inertia of the crankshaft, which can have the opposite effect. 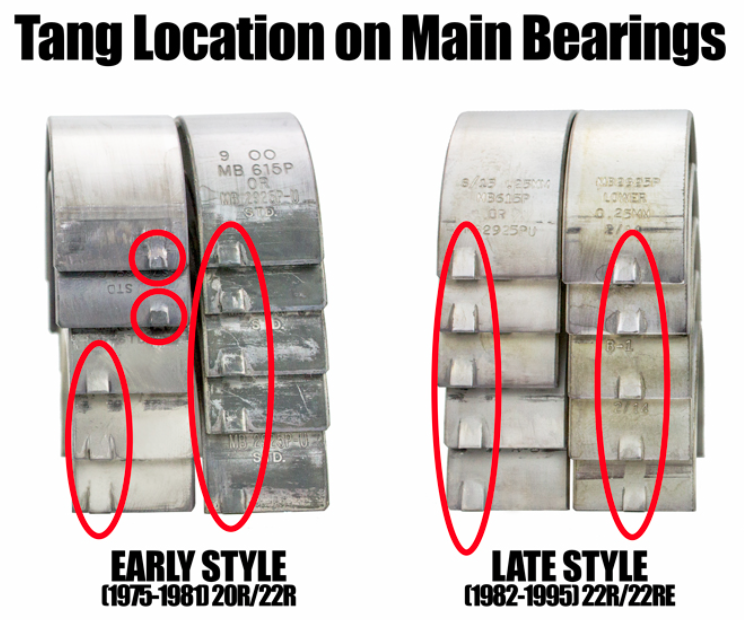 Most engine bearing failures are caused by one of two factors:

Mixed lubrication is one of the main causes of engine bearing failures. Metal-to-metal contact may appear in the following forms of bearing wear:

Causes of mixed lubrication and the methods of solving the problem are presented in the table below: